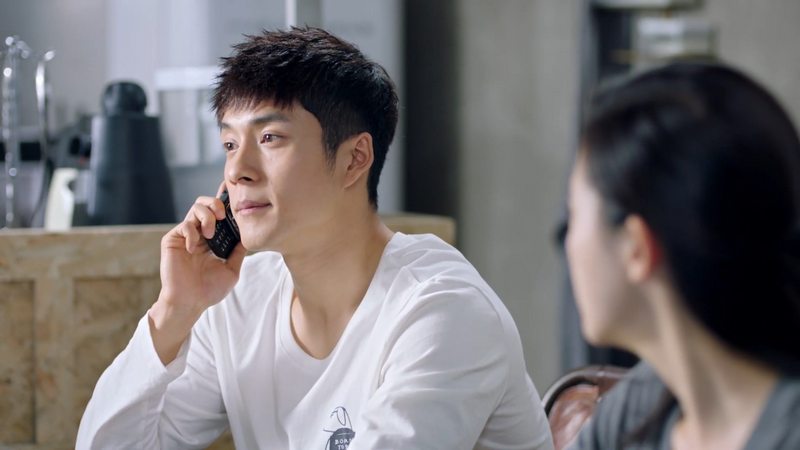 Su Yunjin makes breakfast for Cheng Zheng. Cheng Zheng gets a call from his mother, who heard about Su Yunjin from Zhang Yue. Su Yunjin agrees to meet Cheng Zheng’s mother, but she is afraid his mother will judge her for living with him.

Cheng Zheng’s mother shows up at Cheng Zheng’s house, happy to see her son finally dating someone. The house is spotless. Given Cheng Zheng’s personality, his mother guesses the cleaning is done by Su Yunjin. Cheng Zheng says he will go buy food, giving his mother and Su Yunjin a chance to get to know each other.

Su Yunjin gets a text from Shen Ju’an, asking her to help him with something.

At work, Elsa tells Su Yunjin to go to CEO Xu’s office. When Su Yunjin gets there, she sees CEO Xu and Chuck. CEO Xu praises Su Yunjin because the data she prepared persuaded Chuck to work for him.

Shen Ju’an asks Su Yunjin to do a project for him. Su Yunjin feels uneasy but agrees to help because he says the project doesn’t affect her company or Hengkai Company. She pays back a portion of the loan he gave to her family. Shen Ju’an tells her to keep the money as compensation for helping him, but she says helping him and paying back the loan are two different things.

As soon as Su Yunjin arrives home, she starts working on Shen Ju’an’s project. Cheng Zheng doesn’t understand why she is always busy. He already bought groceries, so she begins making dinner.

Su Yunjin can’t believe that Cheng Zheng spent so much money buying imported vegetables and tells him not to do it again. She calls her mother to ask how to make braised pork. He sees her cooking and working on her laptop if she can. When dinner is done, he tries the food she made and is impressed by her cooking skills.

Cheng Zheng gets a call from his boss, reminding him about their office party. Su Yunjin can’t go with him because she is busy. She says the project is for Shen Ju’an, not her company. She feels obligated to help Shen Ju’an because Shen Ju’an once helped her family. Cheng Zheng is unhappy she didn’t tell him sooner.

Cheng Zheng calls Zhang Yue, asking if he can drop by her house.