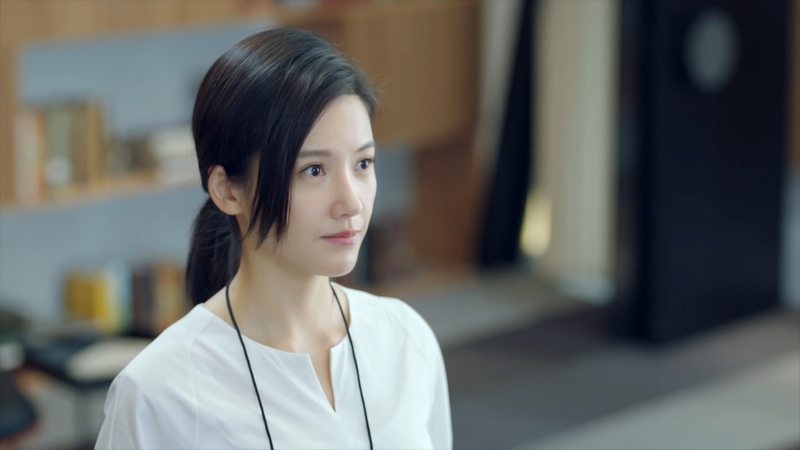 Su Yunjin asks CEO Xu for time off because she needs to return to school to accept an award. Giving his approval, CEO Xu forgets she is still a student because she is a great employee. Meng Xue shows up at the company, and he lets Su Yunjin deal with Meng Xue.

CEO Xu praises Su Yunjin for dealing with Meng Xue effectively. Chuck is coming back to China, and CEO Xu tells Su Yunjin to pick Chuck up at the airport. More importantly, CEO Xu wants her to persuade Chuck to work for him.

After collecting her award at school, Su Yunjin thinks about her father and cries. She has fulfilled her promise to him. She got into a good university and has a job that pays well.

Cheng Zheng and Su Yunjin decide to talk to Jin Zi. Walking around Jin Zi’s school reminds Cheng Zheng of how miserable he was in high school because his relationship with Su Yunjin was bad. She says she didn’t hate him. Back then, her focus was to study and take care of her mother. She didn’t know how to deal with him, so she ignored him.

Cheng Zheng and Su Yunjin kiss, and they are embarrassed when Jin Zi interrupts them. The three of them go to a coffee shop to talk.

Su Yunjin gets a call from CEO Xu. Apparently, Chuck will be in China sooner than expected. As a result, she needs to prepare data to persuade Chuck to work for CEO Xu.

Cheng Zheng sees a street vendor selling plants and flowers. He buys a few plants so that the vendor can go home early. At the same time, the plants will make Su Yunjin happy because she likes them. Su Yunjin praises Cheng Zheng for his thoughtfulness.

At home, Su Yunjin is busy working, but Cheng Zheng won’t leave her alone. She glares at him. He teases her by pretending to be scared.