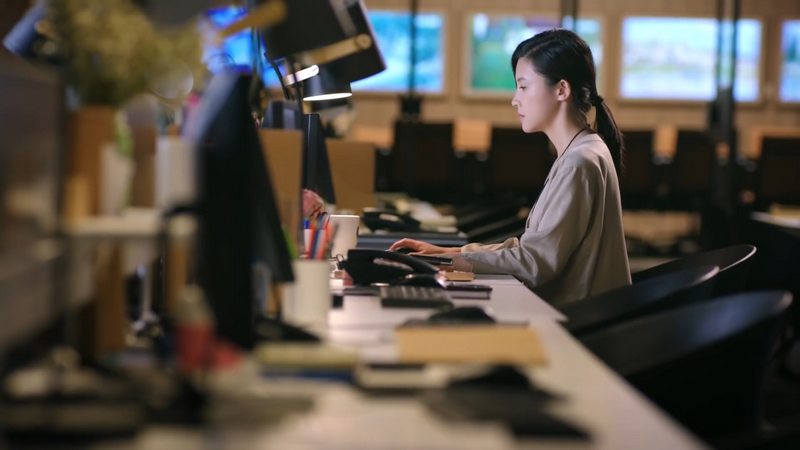 At the end of the workday, Su Yunjin finishes typing up the contract and emails it to CEO Xu. She gets a call from Cheng Zheng, letting her know he’s waiting outside her company.

Su Yunjin leaves work and gets into Cheng Zheng’s car. Cheng Zheng leans forward, wanting to kiss her. She orders him to drive.

Happy to see Meng Xue again, Song Ming tries to convince her to stay in China. Zhou Ziyi says he won’t tell his father about his accident to prevent his father’s mistresses showing up at the hospital and creating a ruckus. Zhou Ziyi also won’t tell his wife because he doesn’t want her to worry.

Mo Yuhua says she could accept Zhou Ziyi’s marriage because she is used to him hurting her feelings. However, she was devastated when he tried to end their friendship. Su Yunjin thinks Mo Yuhua should move on, but she can’t tell Mo Yuhua what to do. Su Yunjin says she has moved in with Cheng Zheng. Mo Yuhua is happy for Su Yunjin and Cheng Zheng.

It’s hard to catch a taxi at night, so Meng Xue asks Cheng Zheng for a ride back to her hotel.

Upon arriving, Su Yunjin gets out of the car and looks at Meng Xue before leaving. Cheng Zheng interprets it as a warning to Meng Xue and is happy.

Meng Xue wonders if Cheng Zheng still likes Su Yunjin if Su Yunjin accepted him from the start. Cheng Zheng is glad Su Yunjin waited until he is more mature before they start their relationship.

CEO Xu tells Su Yunjin not to change the contract. All along, he plans to work with another company while trying to hold off Meng Xue’s side. Since Su Yunjin and Meng Xue don’t get along, he forces them to work together, expecting Meng Xue to drag out the negotiation to make Su Yunjin look bad. Disappointed, Su Yunjin realizes he has been using her.

Cheng Zheng drops Meng Xue off at her hotel and speeds off.

To CEO Xu, the end justifies the means. He says people are selfish, and there is nothing wrong with taking advantage of people’s selfishness for one’s own gain. Su Yunjin doesn’t think like him. For example, her goal is to work hard, and she hopes to be compensated fairly for her effort.

Su Yunjin leaves work and finds Cheng Zheng waiting outside her company. She doesn’t ask what happened between him and Meng Xue because she trusts him.

The maid who cleans Cheng Zheng’s house is on leave. As a result, his house is a mess. Cheng Zheng doesn’t know how to use the washing machine, so Su Yunjin has to do his laundry. She isn’t narcissistic to think he is working near her company on purpose. He says that is why he accepted the job offer.