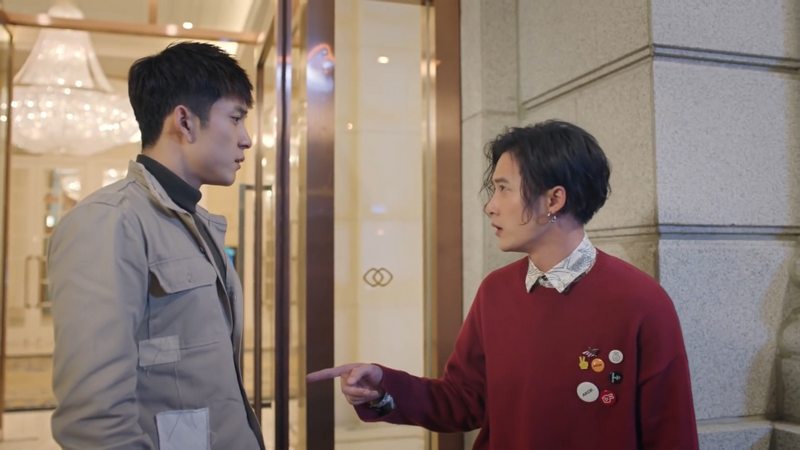 Zhou Ziyi says at least he and Mo Yuhua are friends, unlike Cheng Zheng and Meng Xue. To Zhou Ziyi, love is illogical. He can’t help how he feels, why he loves his wife and not Mo Yuhua, who has done so much for him.

Mo Yuhua gets a phone call. Her demeanor changes because Zhou Ziyi has been in an accident.

Cheng Zheng, Su Yunjin, Cheng Zheng and Jin Zi wait outside the operating room. When the operation is over, the doctor says Zhou Ziyi’s leg is broken and will take a long time to heal.

Since Mo Yuhua is a doctor, she is the best person to stay at the hospital to care for Zhou Ziyi. Su Yunjin reassures Mo Yuhua because doctors tend to give the worst prognosis.

Cheng Zheng and Su Yunjin think Mo Yuhua is better off with Jin Zi than Zhou Ziyi. Su Yunjin heard from Mo Yuhua that the probability of two people liking each other and ending up together is rarer than winning the lottery. Cheng Zheng vows to never let Su Yunjin go.

Cheng Zheng’s house is close to the hospital. Therefore, he persuades Su Yunjin to stay at his house while waiting for news about Zhou Ziyi.

Cheng Zheng covers Su Yunjin’s eyes and guides her into his house, which is decorated with balloons, teddy bears and flowers. He already moved her things to his house and even made a list of cohabitation rules favorable to her, so she agrees to live with him. After Zhou Ziyi’s accident, she realizes they need to treasure every moment they have together.

Staying in separate bedrooms, Cheng Zheng and Su Yunjin text back and forth. She sees the expensive price tag of her bedsheets and feels uneasy. Meanwhile, he waits for her reply and doesn’t know why she has gone silent.

The next morning, Cheng Zheng calls Mo Yuhua, who says Zhou Ziyi has woken up and is doing well.

Cheng Zheng sees a bunch of price tags hanging on Su Yunjin’s bedroom doorknob. He can’t find her and panics. She walks into the house with breakfast for them. While appreciative of his intention, she says he shouldn’t waste money buying expensive things for her.

Cheng Zheng drops Su Yunjin off at work. He tries to kiss her goodbye, but she doesn’t fall for his trick.

Not knowing what else to do, Su Yunjin checks with CEO Xu to see if he wants to replace her with someone else to work with Meng Xue. CEO Xu tells Su Yunjin to draw up a contract even though she doesn’t have the information she needs from Meng Xue’s side.

Su Yunjin gets an email from Elsa. Elsa tells Su Yunjin to draw up a contract based on the information in the email.