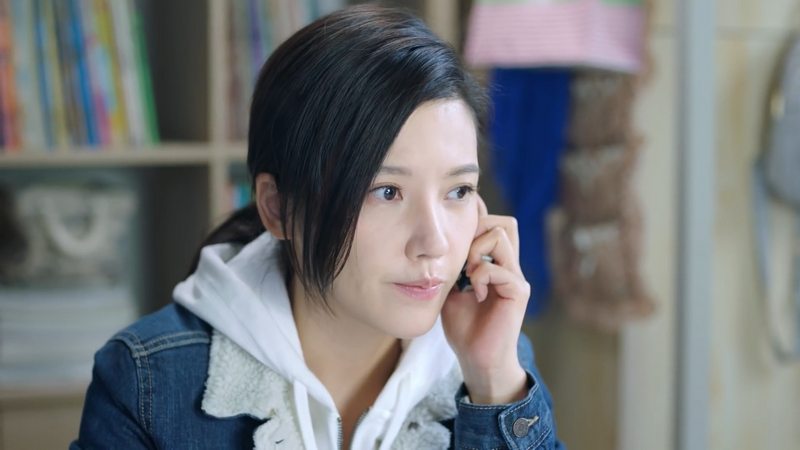 Mo Yuhua apologizes to Su Yunjin because she told Zhou Ziyi what happened to Su Yunjin’s family. Su Yunjin thanks Mo Yuhua for doing all she can to help.

Zhou Ziyi’s father decides to talk to Cheng Zheng to find out what Zhou Ziyi is up to.

Zhou Ziyi gives Su Yunjin a bank card. He says the money is from his father, so there’s no rush for her to pay it back. Also, he promises he won’t tell Cheng Zheng.

At first, Zhou Ziyi denies using his father’s money to help Su Yunjin, but he can’t lie to Cheng Zheng and eventually confesses.

Cheng Zheng asks Su Yunjin why she borrows money from everyone except him. Su Yunjin says she doesn’t have to tell him what’s happening in her life. She gets a call from Uncle Ding, who says he can borrow money from a “friend.” Crying, she tells Cheng Zheng to stop helping her family secretly. If he wants to do charity work, then go help other people.

Cheng Zheng is angry at Zhang Yue. He told her to keep what he did for Uncle Ding a secret, but now everyone knows, including Su Yunjin. Zhang Yue calls Cheng Zheng naive. Hengkai Company has many employees. It’s impossible to ban everyone from gossiping, especially when the rumor involves him, the heir of the company. She says he may get what his heart desires soon.

Finally, Su Yunjin and Shen Ju’an have time to go on a date. She tells him the good news, which is Uncle Ding got money from a friend to pay back Hengkai Company. He smiles, not letting her know he borrowed money from Zhang Yue and lent it to Uncle Ding.

During the meal, Su Yunjin feels uneasy because Shen Ju’an’s phone keeps ringing. Shen Ju’an wants to break up with her but can’t do it.

Su Yunjin reminds Shen Ju’an of her wish to live a simple life. Shen Ju’an apologizes because that isn’t what he can give her. To fulfill his ambition, he has to take risks and lives a life full of stress. He could lose his job at any moment, so he has to work hard all the time, which doesn’t leave him a lot of time to spend with her.

After the date, Shen Ju’an offers to drive Su Yunjin back to school. Su Yunjin declines, preferring to walk because the school isn’t far.