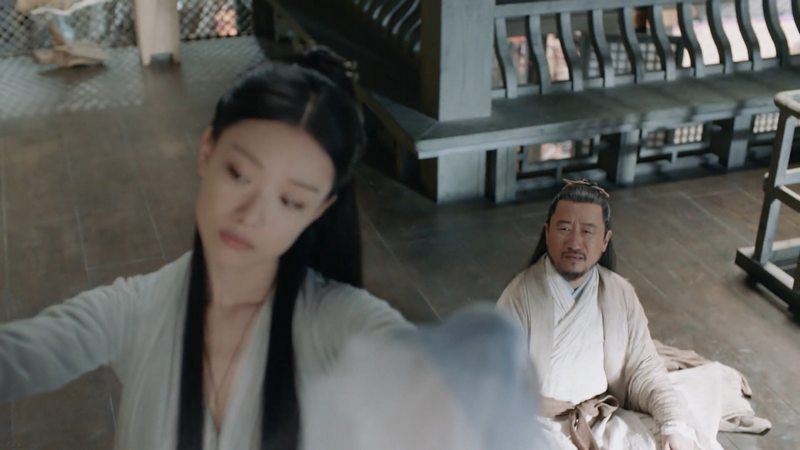 Stalling for time, Ling Xi packs up her belongings as slow as possible. Her father urges Ling Xi to hurry up. If she likes being a maid so much, she can be his maid when they return to Peach Forest.

Ling Xi sees Shi San changing the brazier. The ashes in the brazier are blown out by the wind. Shi San gathers the ashes back into the brazier, but not all of it. Yuan Tong tells Shi San to give the brazier to her, and she will take the leftover Wujin Wood to Medicine King, who can use it to make pills for Jiu Chen.

For destroying a war report, the Heavenly Emperor demotes Jiu Chen from being the God of War temporarily. In addition, Jiu Chen has to stay in his residence to reflect on his misconduct.

Yun Feng suspects Jiu Chen burned the war report to cover for either Yuan Zheng or Zhu Xie. Jiu Chen willingly accepts his punishment to save a clan from execution. Jiu Chen tells Yun Feng to go to Mount Youdu to find out what happened to Lie Yi’s descendants.

Except for Hua Yan, the maids leave, not wanting to be associated with Jiu Chen’s household. Unexpectedly, Shi San and Hua Yan see someone they thought had left forever – Ling Xi. Ling Xi looks like a beggar and smells horrible because she had to hide from her father.

Ling Xi tells her dog to go bother Jiu Chen, but her dog runs away in the opposite direction.

Jiu Chen asks Ling Xi if she has been to Mount Youdu. Ling Xi says her father caught her while she was halfway there, and that was the angriest she ever saw him. Ling Xi brags about reaching the lowest level of immortality at 22,000 years old. Jiu Chen says he cultivated to the highest level at that age.

Qing Yao says half of the Heaven Tribe have family members that died in the final battle at Mount Youdu, and now they blame Jiu Chen after he burned the war report. The Medicine Department wants to stay out of this and will stop treating Jiu Chen. Ling Xi begs Qing Yao, so Qing Yao lets her have a few pills for the last time.

Hua Yan worries because the pills are only enough for a few days. Ling Xi decides to go back to Peach Forest to see what she can find. The Medicine Department isn’t the only place that can make pills.

Jiu Chen’s spirit travels to Mount Youdu to make sure the seal of the Demon King is still intact.