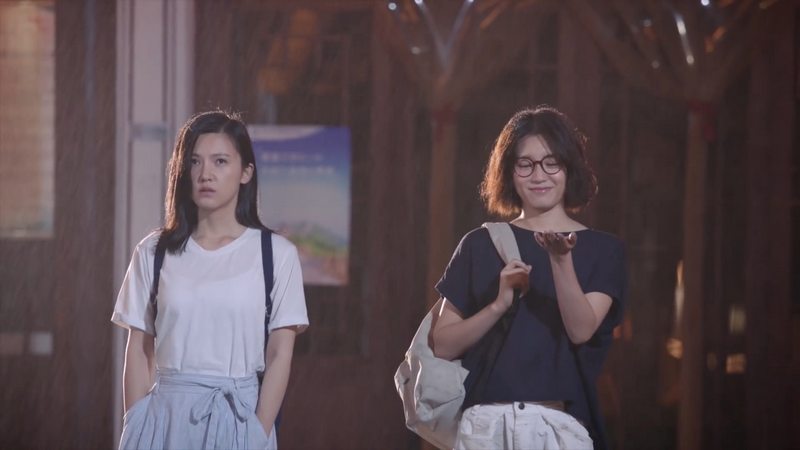 Su Yunjin and Mo Yuhua admire Song Ming’s courage. To pursue Meng Xue, he chose a college near where Meng Xue is studying even though he could go to a better school. Su Yunjin says she can’t take risks like that. Her wish is a simple life with someone who understands her.

It’s late at night, but Su Yunjin’s mother is still making animal lanterns. Su Yunjin offers to deliver the lanterns to the factory for her mother.

While her mother is asleep, Su Yunjin looks at a family photo and cries. Her father said that families reunite when the moon is full, but no matter how many times the moon will be full, she can’t see him again.

Cheng Zheng isn’t happy with how Su Yunjin is treating him, so he decides to go look for her.

Cheng Zheng finds Su Yunjin as she’s delivering 2 boxes of animal lanterns on her bicycle. He stops his bicycle in front of her, forcing her to brake suddenly. As a result, the boxes fall to the ground, and some of the lanterns are destroyed. Contrite, he gives her all the money in his pocket. She throws the money back at him and tells him to stay away from her.

The summer ends. It’s time for Su Yunjin and Mo Yuhua to return to college. Su Yunjin’s mother goes with them to the bus terminal. Saying goodbye, Su Yunjin tells her mother to not work so hard and call if she needs anything.

Su Yunjin always looks sad when she leaves home. Mo Yuhua asks about the money Su Yunjin earned from working part-time. Su Yunjin says she couldn’t give it to her mother. Some of the animal lanterns her mother made were ruined, so the money was used to pay the factory.

Arriving at the bus terminal in Shanghai, Su Yunjin sees Shen Ju’an waiting for her. Mo Yuhua doesn’t want to be the third wheel, so she returns to school by herself.

Walking back to her dorm, Su Yunjin says she isn’t ambitious, and she’s afraid she can’t ever achieve great things. Shen Ju’an says he believes in her.

Shen Ju’an wants to tell Su Yunjin that he accepted a job offer from Hengkai Company, but he couldn’t do it.

Su Yunjin hears from her roommate about Shen Ju’an working at a branch of Hengkai Company over the summer. Her roommate thinks he will work there after graduation. Su Yunjin believes what happened is temporary and he will study further for a graduate degree.

Shen Ju’an buys a scarf for Su Yunjin. He puts it around her neck. She smiles, happy with the gift.

Chen Xiaoyu asks Cheng Zheng about his summer break. She texted him many times, but he didn’t respond. She says she likes him. He apologizes if he gave her the wrong impression. He says he already likes someone else. Walking away, he vows to repair his relationship with Su Yunjin.

At the temple, Su Yunjin stops at a booth selling trinkets. While Shen Ju’an bargains with the seller for a lower price, Cheng Zheng pulls out several bills and pays without caring about the cost.