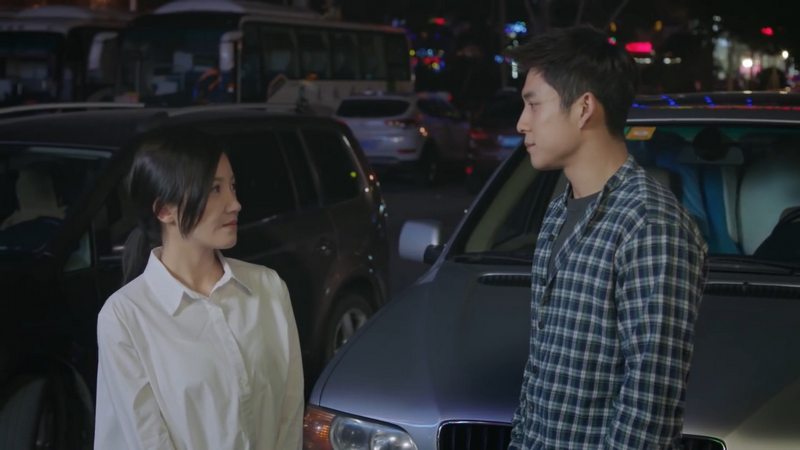 Cheng Zheng takes Su Yunjin to an Internet café, impressing her with his cleverness. Their focus group is the 18-40 years old demographic, so people at Internet cafés are ideal candidates to fill out the surveys.

With all the surveys filled out, Cheng Zheng and Su Yunjin return to the office. His phone keeps ringing again, so he has to leave. He knows she wants to continue working, but he tells her to go home, too. They have the team building event tomorrow.

Cheng Zheng doesn’t disagree with Zhang Yue wanting to use her own people, but he advises her to go slowly in implementing changes. He sees Shen Ju’an arriving to pick up Zhang Yue. Realizing that his former love rival has become his cousin’s right-hand man, Cheng Zheng says Zhang Yue’s father is right to warn her.

Cheng Zheng returns to the office. Just like he thought, Su Yunjin is at her desk and has fallen asleep while working. He tells her to come with him because he knows a place where she can sleep. She looks at him with suspicion.

Cheng Zheng takes Su Yunjin to his house. Nervously, Su Yunjin says she can sleep on the sofa. He doesn’t understand why she has to do that when there are two bedrooms.

Su Yunjin wakes up late. She looks for Cheng Zheng but can’t find him. She calls Brother Li, who says Cheng Zheng asked Sister Guo to give Su Yunjin the day off. According to Cheng Zheng, Su Yunjin works too hard and has fallen sick.

Su Yunjin wanders into the kitchen. Cheng Zheng left breakfast for her, along with a note telling her to rest and not worry.

At the team building event, Cheng Zheng has to take pictures and carries things for everyone else. He receives a text from Su Yunjin, who promises to obey his command and rest.

When Su Yunjin returns to work, she sees Cheng Zheng passing out photos of the team building event to the employees. Cheng Zheng gives her a group photo and points out where he is in the picture.