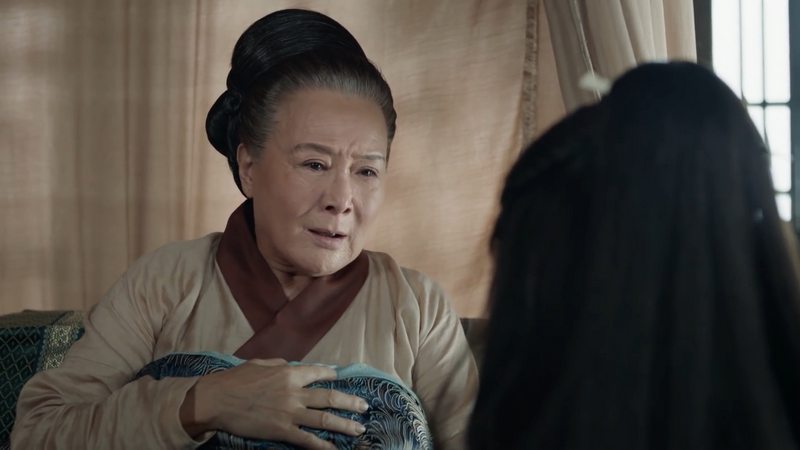 Old Madam Lin regrets how she treated A’Mo. After A’Mo left, the relationship between her grandmother and Lin Shaohai deteriorated. A’Mo comforts her grandmother.

Madam Lin is surprised to see A’Mo checking Old Madam Lin’s pulse and prescription. A’Mo says she works as a physician’s apprentice in a pharmacy.

Lin Zhan says she scolded Song Ziyu, who didn’t care about the engagement but caused a scene at the Lin family’s residence after finding out what A’Mo did from his housekeeper. Madam Lin, Lin Shaohai’s concubine and Lin Zhan are curious about Jiu Chen, but only Lin Zhan dares to ask A’Mo.

Jiu Chen impresses the servants with his demeanor.

Lin Shaohai says he searched for her for half a year, but he had to return home when Old Madam Lin fell ill. A’Mo tells her father about Jiu Chen.

Jiu Chen shows Lin Shaohai documents to prove he is wealthy and can take care of A’Mo. However, Lin Shaohai only asks if Jiu Chen is serious about A’Mo. Jiu Chen vows to protect her with his life, and the oath pleases Lin Shaohai.

After visiting the Lin family, Jiu Chen and A’Mo return home. Xiao Bai is in the front yard to greet them.

A’Mo warns Cheng Yan not to harm her or Jiu Chen will punish him. Cheng Yan says he just wanted to look at her from afar even though he promised his sister to stay away.

A’Mo asks Jiu Chen about Cheng Yan and Ling Xi because Cheng Yan called her by that name. Jiu Chen admits to knowing them but won’t explain further.

A’Mo begins to doubt Jiu Chen, wondering if he likes her because she looks like Ling Xi.

A’Mo stops playing chess with Jiu Chen to see who has come for a visit. It’s Si Ming.

Si Ming tells Jiu Chen to leave because it’s time for A’Mo to face the next hardship of her trial. A’Mo makes tea for Si Ming, but Si Ming says he can’t stay.

Jiu Chen tells A’Mo not to give up when life is hard because there are things worth cherishing, such as the people she loves, morality and justice. A’Mo asks Jiu Chen if he will always be with her, and Jiu Chen says he will.