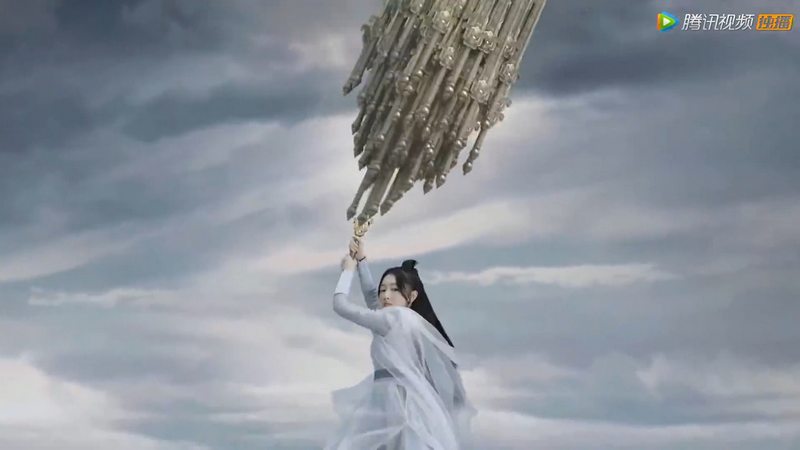 Baijue motions to Tianqi not to help Shanggu. With the Ancestral Sword, Shanggu vanquishes Moyu and the Qiongqi beasts. Gods, led by Baijue, Zhiyang and Tianqi, welcome Shanggu back to the God Realm.

Shanggu asks Baijue if he helped her in the Nether World. Baijue pretends not to know what Shanggu is talking about. Unlike Baijue, Zhiyang doesn’t pressure Shanggu to cultivate with the Instruction Feather immediately. Tianqi tells Baijue to leave if he isn’t feeling well.

Shanggu thanks Wuhuan for taking care of Pilgrimage Hall and encourages her to improve her cultivation.

Allowed to return to the God Realm, Xueying is still in love with Baijue. Baijue never wants to see Xueying again.

Yuemi rarely sees Baijue, who seems sick all the time. Shanggu suspects Baijue split his spirit from his body because the voice helping her in the Nether World sounded like him.

Shanggu’s toys, including her kite, are stored in Baijue’s study at Changyuan Hall. Hongri tells Shanggu what Baijue did for her.

Shanggu wants to marry Baijue, so she will prepare betrothal gifts befitting a True God.

Baijue sees Shanggu buying valuables from immortals. Teasing Baijue, Shanggu says he didn’t like her when she was in love with him, but after 1,000 years, he is stalking her and begging her to give him a chance. The crowd cheers for Baijue and Shanggu to be together.

In a room full of valuables for Baijue, Shanggu needs him to be honest with her. Mimicking Shanggu, Baijue backs her up against an etagere, and he leans down to kiss her, but she moves away.

A vendor thinks Baijue and Shanggu are siblings. It’s Valentine’s Day, so Baijue buys all the lanterns from the vendor for Shanggu.

Shanggu seals Water God’s lips before he reveals what she wrote about Baijue on a lantern. Seeing Qiongqi beasts, Baijue worries about the barrier in the Demon Realm, and he tells Shanggu to just use the Ancestral Sword because her power is destructive in the lower realm.