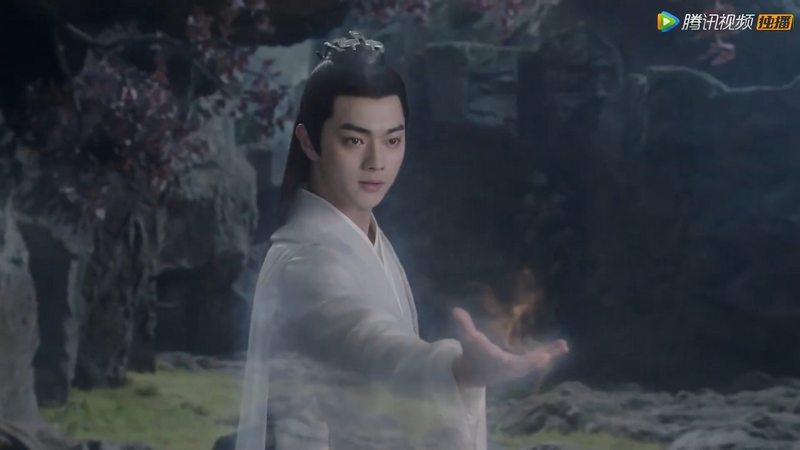 Baijue’s spirit helps Shanggu when she fights devils. Shanggu looks around, wondering who helped her when she was in danger.

Searching for herbs to treat her injuries, Shanggu is about to eat Ganoderma. Baijue’s spirit directs the Ancestral Sword to guide Shanggu to another herb nearby and destroys the Ganoderma.

Shanggu hopes Baijue ignores his fans while she is striving to become good enough for him. Baijue’s spirit turns the Ancestral Sword into a blanket to cover Shanggu and kisses her forehead, planning to let her know how he feels after she takes control of the Chief God’s Instruction Feather.

Moyu tells Shanggu to give up because she has suffered a lot in 1,000 years. Shanggu masters the Origin of God-defending and obtains the Power of Chaos, realizing that the Power of Chaos creates but also destroys, and with it, she controls everything in the realms.

Seeing a streak of light in the sky, Tianqi rushes to the Nether World to beat Baijue.

Baijue says his spirit was damaged during cultivation, but he can’t fool Tianqi.

A guard tells Baijue and Tianqi that Shanggu already left the Nether World.

Led by Moyu, Qiongqi beasts from the Demon Realm attack the God Realm. The Ancestral Sword appears, followed by Shanggu.